A Concert for the Trees 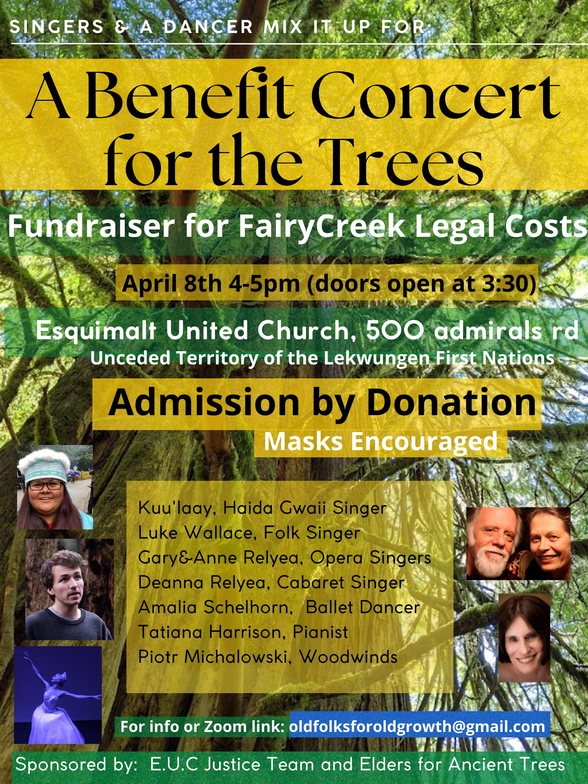 Over the past year our Justice Team has been lending support to the Old Growth Forest protection action at Fairy Creek.  Some of our congregation have joined the protesters, sometimes facing police opposition.  Many folks have been arrested for their efforts to ban logging of the old growth forests.

On April 8 we hosted a fundraising concert to raise funds for legal defense for the arrested protesters.

After reconnecting out at the Fairy Creek blockade last summer, Anne & Gary Relyea and Amalia Schelhorn decided they wanted to create a fundraiser and share their talents for the cause.  Luke Wallace and Kuu'laay joined in along with Gary's sister Deanna and brother-in-law Piotr.  Together they brought some Haida prayer and warrior songs, folk songs, opera arias, movie tunes and ballet.  It was an hour filled with laughter, romance, passion and beauty (not to mention the rafter-rattling operatic voices).

There is information in the video if you would like to contribute to the cause.