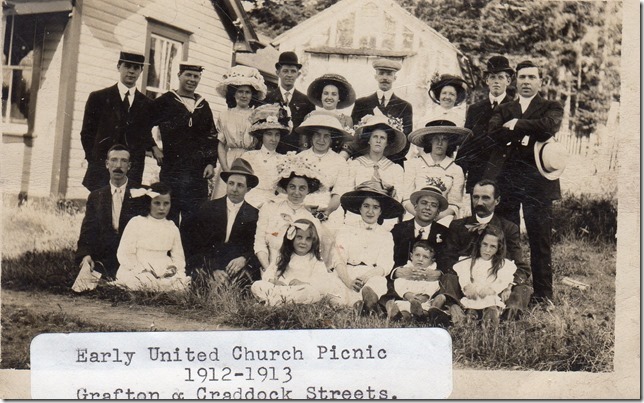 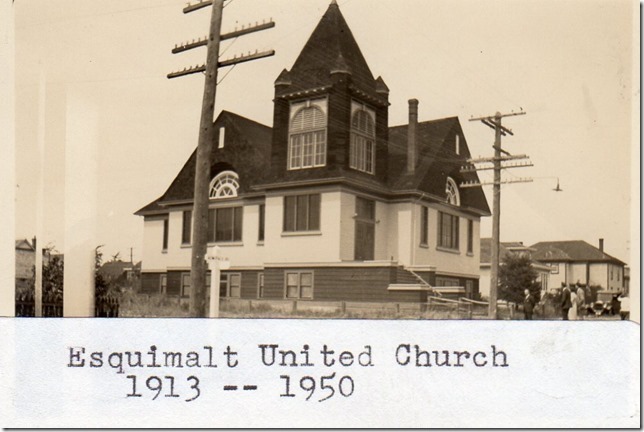 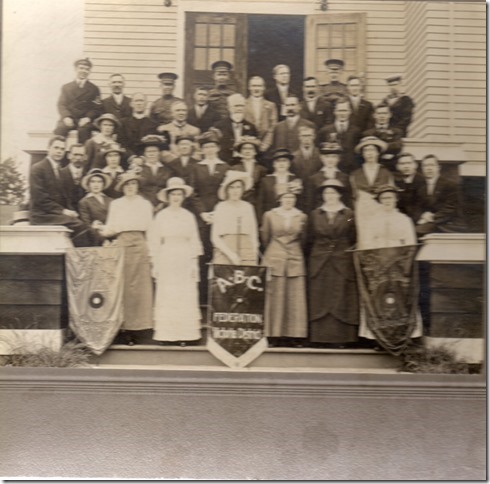 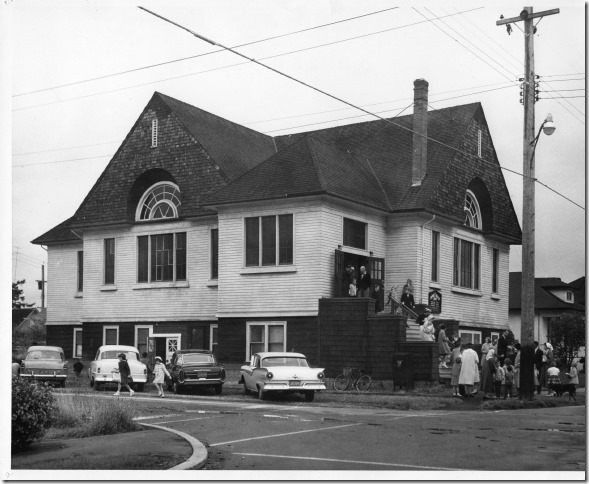 In May 1911 a meeting attended by 11 men and 6 women was called to organize a Methodist Church in the Esquimalt District.  A letter was read from the Christian Brethren on H.M.C.S Rainbow, one of the four ships in the newly formed Royal Canadian Navy, promising hearty support for the church. The new “Esquimalt Naval and Military Methodist Church” commenced services in a rented hall but in February 1912 a suitable building site was found on the corner of Admirals and Lyall Roads and the new church building was opened on the 11th September, 1913.

In 1916 a request was made to the Missionary Society for a boat, in order for the Minister to use in his pastoral visitation of the men on the ships in Esquimalt Harbour and at Fort Rodd. A Church Service was held on the steps of the Church in 1919 due to a very bad flu epidemic. As well as the regular service of the church, the congregation also provided concert parties and social evenings for members of the forces during the war years.

In 1925 the Methodist, Presbyterian and Congregational churches joined and became the United Church of Canada. It remained a Naval and Military Church with Military Parades each Sunday until World War II when the armed forces appointed their own Chaplains.

Two more lots were purchased in the 1950’s on the corner of Lyall and Constance and a Christian Education Building was completed and opened with a Dedication Ceremony in March 1965.

In 1966 Vic West United was closed and many members came to Esquimalt. In the late 1970’s the Minister and congregation were involved with the Upper Room and its beginnings. This was the forerunner of the Open Door which is now called Our Place.

January 2000 saw the start of a Community Soup Lunch which was started by the Esquimalt Ministerial Committee, (churches from Esquimalt, Vic West and View Royal). Community volunteers made and served a free soup lunch. It started as a once a week lunch but later another day was added.

In May 2009 some of the church lawns and hedges were removed and the ground planted with vegetables this was a great success and the gardens have now been extended with most of the produce going to the Rainbow Kitchen.

Over the years we have welcomed many different groups to share our building. In 2012 we welcomed the nonprofit volunteer run Rainbow Kitchen to our premises who continue to provide a free lunch to Esquimalt area residents 5 days a week.

In June 2013 our 100th year, we held a “Centennial Open House and Celebration” to welcome old and new friends to tour our building and reminisce over tea.